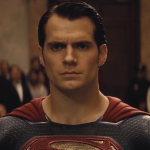 CommanderConnor is the founder of the DC Cinematic Universe Wiki.

I created the DC Cinematic Universe Wiki after coming across the DC Movies Wiki and realizing what a mess it was and that there wasn't a single universe established for a shared movie universe. Now that DC has its act in gear and is making a film series where all movies exist in the same world, this is the OFFICIAL wiki for all your favourite movies from Man of Steel to the universe expanding movie the Justice League.

Please feel free to leave me a message on my Talk page using the link at the top of this page if you have any enquiries. Other than that, feel free to edit and create the ultimate wiki dedicated to the DC Cinematic Universe!

Man of Steel is pure epic. I absolutely loved it. That was probably because Superman is my favourite character. But it in essence took the parts of Superman from the comics that were my favourite and the Superman character from The Animated Series, Smallville and molded them into one.

The scenes on Krypton and Krypton's back story, design and everything was simply stunning. I now want a film set fully on Krypton! The relationship between Zod and Jor-El is one of my all time favourites. Kal in the 'Fortress' I loved as well. The final battle between Kal and Zod was the best fight I have seen on screen ever in any film. Super powered, flying, in space, heat vision. It had the lot. The smallville battle was another thing I loved.

Superman's dynamic with the military was another I liked and how real it was. The way they announce Kal's name as "Superman in toe. Superman? The alien. That's what they're calling him." That was genius. Some of Goyer's script was weak and probably needed a Chris or Jonah Nolan to give better wording but I loved the story and the way it was produced.

My one little grife was Jonathan Kent's death. I thought they could've changed around a few things to make it more heroic and that Clark had no choice in whether or not or could've saved him. Like Clark was off saving a group of people while Jonathan died. That might've worked better. But him dying to keep Clark's secret was key to the Lois giving up the story so I'm not majorly fussed.

All in all, I absolutely loved it!

Well this was a film that divided opinion. I will admit, when I first watched the threatrical cut in the cinema I wasn't blown away like I was when I watched Man of Steel for the first time. The editing really threw me out of the experience. So instead, I will review the proper Batman v Superman film, the Ultimate Edition.

Zack Snyder really had a difficult job of building a base for an entire cinematic universe, whilst also fitting in a Batman v Superman film. I really liked how we are thrown into a Batman who is already on a mission. Ben Affleck's Batman was a real highlight of the film, especially the Warehouse fight scene at the end, that is what I expect from a cinematic Batman. I wasn't impressed with some of the choices his Batman made in the film, such as the destructive nature he takes with criminals, especially in the Batmobile chase and using the Batwing.

I liked that we got to see some of Clark Kent's life outside of being Superman. I'm not entirely sold on the chemistry given off with Cavill and Lois yet though, it still feels forced. I want Superman to be more talkative as well, I like a Superman that will take to a podium and address the nation. I don't like how we was robbed off him talking before the bomb went off. But I understand that Superman has only been active for 18 months and maybe he isn't there in terms of the Superman we know yet.

Wonder Woman's appearances throughout the film were also a highlight. I am massively looking forward to her solo outing now. I am totally sold on Gal Gadot as Diana Prince. Alfred was a real highlight in the film for me as well, which only makes me more excited for a solo Batman film. I wasn't sold on Eisenberg's Lex Luthor though. He was ok and different, but I grew up with the Animated Series' so I expect my Luthor to be more like Clancy Brown's Animated Version. All in all though, I loved the Ultimate Edition but a few little things here and there and it could've been perfect.

Retrieved from "https://dccomicsextendeduniverse.fandom.com/wiki/User:CommanderConnor?oldid=59885"
Community content is available under CC-BY-SA unless otherwise noted.