Start a Wiki
watch 02:34
Wonder Woman: Rise of the Warrior - Official Trailer
Do you like this video?

"I used to want to save the world. To end war and bring peace to mankind. But then I glimpsed the darkness that lives within their light. I learnt that inside every one of them, there will always be both. The choice each must make for themselves, something no hero will ever defeat. And now I know that only love can truly save the world. So now I stay, I fight, and I give for the world I know can be. This is my mission now. Forever."
—Wonder Woman

Before she was Wonder Woman, she was Diana, Princess of the Amazons, trained to be an unconquerable warrior. Raised on a sheltered island paradise, when an American pilot crashes on their shores and tells of a massive conflict raging in the outside world, Diana leaves home, convinced she can stop the threat. Fighting alongside man in a war to end all wars, Diana will discover her full powers... and her true destiny.

Warner Bros. Chairman and CEO spoke about Wonder Woman in 2010, saying that a film is currently in development, along with films based on her DC Comics counterparts The Flash and Aquaman. In 2011, director Nicolas Winding Refn and actress Christina Hendricks spoke of their desire to make a Wonder Woman film together during interviews for their film Drive. David S. Goyer say that he would love to make a Wonder Woman movie. According to a 2013 article posted by TheWrap website, Wonder Woman was apparently one of two projects that Warner Bros. are considering to adapt to the big screen. A source from Warner Bros. told TheWrap that they're discussing the possibilities with mention of more Man of Steel movies as well as a Superman/Batman film, Wonder Woman and Aquaman. DC Chief Diane Nelson hinting that the Amazonian princess is as important as Superman and Batman in the film. On October 5, 2013, WB chairman Kevin Tsujihara wants to get Wonder Woman in film or TV. On October 10, 2013, IGN interviewed Paul Feig about pitching an ideal Wonder Woman for the studio as an action-comedy film. Deborah Snyder has stated that some of Wonder Woman's powers will be shown in this film.

On October 23, 2014, The Hollywood Reporter revealed that the studio was looking for female directors to direct the film, and the next day, Forbes reported that the studio had Kathryn Bigelow, Catherine Hardwicke, Mimi Leder, Karyn Kusama, Julie Taymor, Michelle MacLaren and Tricia Brock on the shortlist to direct the film. On October 30, Bleeding Cool revealed that the solo Wonder Woman would be a three-film series. The first film would be set during the 1920's, then a sequel would be set during World War II in the 1930's-40's, and the third film would be set in the present day. On November 12, it was confirmed that MacLaren was the studio's choice to direct the film and she was in final talks to sign on, which she signed on, on November 24 to develop and direct the film. Charles Roven, Zack Snyder and Deborah Snyder would be producing the film. On December 4, Jason Fuchs was reportedly in talks to write the script for the film, he would work on the drafts with director MacLaren. On April 13, 2015, it was revealed that MacLaren left the project due to creative differences between her and Warner Bros. On April 15, it was confirmed that Patty Jenkins will be directing the film.

On November 7, 2013, Variety reported that Gal Gadot, Élodie Yung and Olga Kurylenko had auditioned for a lead female role in Batman v Superman: Dawn of Justice, believed to possibly be Wonder Woman. Although before the report, it was said that Jaimie Alexander was in talks with WB about the role, which she did confirm. On December 4, 2013, Gal Gadot was cast as Wonder Woman and also signed a three picture deal with the studio which includes two Justice League films and a solo Wonder Woman film, and will make her debut in Batman v Superman: Dawn of Justice. Producer Charles Roven revealed that this incarnation of Wonder Woman would use the character's origins in The New 52, wherein the character would be a demigoddess, and the daughter of Zeus. This deviates from the character's original origins, where she was "a clay figure brought to life by the gods". On May 27, 2015, Variety revealed that Chris Pine was in talks with the studio for the Steve Trevor role, love interest of Wonder Woman. Trevor is an intelligence officer in the United States Army during World War II, and he meets the Amazon princess Diana on Paradise Island where they fall in love. In July 2015 it was reported that Chris Pine would portray Steve Trevor in the film, having also signed a multi-film deal. Later, it was reported that Sean Bean and Eva Green were being eyed to portray villain characters Ares and Circe, respectively. In November 2015, Saïd Taghmaoui was cast in an unspecified role. On November 2, 2015, TheWrap announced that the negotiations were ongoing to cast Nicole Kidman for a high-ranking Amazonian warrior role. The next month, Justin Kroll of Variety announced that Kidman would not appear in the film because of scheduling conflicts. On January 15th, 2016 TheWrap confirmed that Connie Nielsen has been cast as Queen Hippolyta. On July 11th, 2016 Allan Heinberg and Geoff Johns were confirmed to be the screenwriters for the film, with Heinberg and Zack Snyder confirmed as the writer's for the story.

On February 20, 2015, Deadline.com revealed that the production would begin late 2015. In July 2015, it was revealed that filming would begin in London in fall 2015 and right after that wrapped up, Justice League Part One would begin on April 11, 2016. Filming would take place under the working title Nightingale. Hoyte van Hoytema was rumored to have been hired to do the film's cinematography. In September 2015, producer Deborah Snyder announced that production will begin in November. Among the film sets are Trafalgar Square in London and the Basilicata region in Southern Italy, in particular the ghost town of Craco and Matera, which has been considered as the possible location for the island of Themyscira. Production was confirmed to be underway on November 14, 2015 when Taghmaoui posted photos of himself and Pine on set on his Facebook and Instagram pages; the photos were later deleted. Matthew Jensen was confirmed to be brought on as the director of photography. On November 21, 2015, Gadot tweeted and posted a photo of the titular character on Instagram, signifying that filming has begun. Filming will take place in the United Kingdom, France, and Italy. Filming at London ended on March 13, 2016. Most of the film was shot in Warner Bros. Studios, Leavesden. On March 20, 2016, Filming was underway in Italy after most scenes were shot in England. Filming in the Southern region of Italy ended on April 24th, 2016. Filming in Paris, France began on April 25th, 2016 at Louvre Pyramid. Filming officially wrapped on May 3rd, 2016 in London at Warner Bros. Studios, Leavesden.

Wonder Woman received generally positive reviews from critics. On Rotten Tomatoes, the film has a rating of 95%, based on 98 reviews so far, with an average rating of 7.6/10. The site consensus reads, "Thrilling, earnest, and buoyed by Gal Gadot's charismatic performance, Wonder Woman succeeds in spectacular fashion." On Metacritic, the film has a score of 76 out of 100, based on 27 critics, generating "generally favorable reviews". 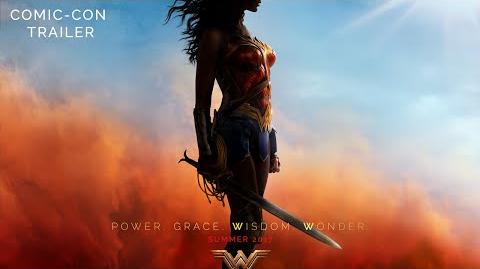 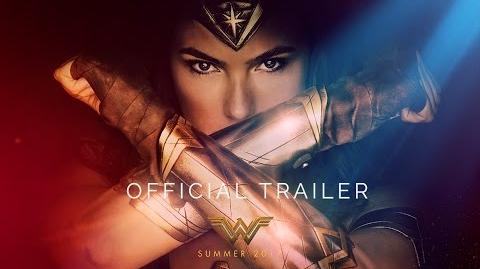 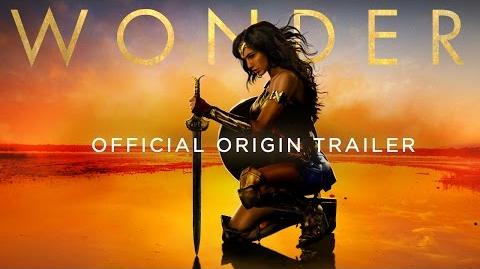 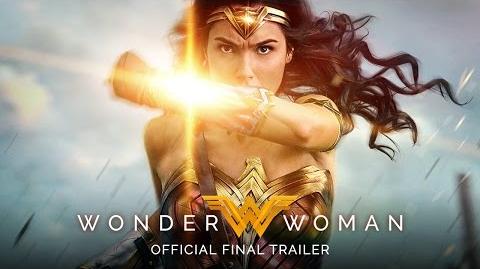 Retrieved from "https://dccomicsextendeduniverse.fandom.com/wiki/Wonder_Woman?oldid=67442"
Community content is available under CC-BY-SA unless otherwise noted.